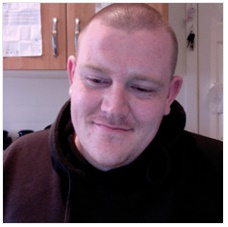 Train2Game student studio Appatier is working on yet another paid contract. The team is creating a new mobile game, but they’re not allowed to talk about it.

A Train2Game success story, Appatier is now working on its second major project of 2016. The small and diverse studio staffed by a group of friends is working on a new title.  But the studio can’t give out the details as it has been sworn to secrecy. The project is under NDA but they can say, it’s a mobile game…

According to John Esslemont MD of Appatier the project is going really well. They are working hard, there’s a great Producer onboard who’s giving them excellent leadership and direction. The nameless Producer has kept an eye on the team, helping them to overcome many obstacles.

This is by far the largest project the team has undertaken and they have learnt a great deal. Appatier is working to deadlines and milestones in the project. Overcoming bugs has been a key obstacle as has tinkering with the original code as the design changes.

They did not think they would get the project, it’s a huge step up for them and they are now working with professionals at the top tier of games development. John says the project was easy to staff as he chose friends that have a similar ethic to him.

The team has done some ludicrous hours to deliver what the client wants but learnt a great deal along the way. For John he’s learnt to be prepared and earnt even more respect for Designers. His advice for others is to ‘’work smarter’’ and to make sure you are spending time on the right things.

John Esslemont, Managing Director, Appatier: ‘The project is going really well at the moment three days away from a deadline which I only just realised but we are on track apart from one little bug. There have certainly been times where I think “Ok we have gone and messed up now”. But it has always turned out to be really good in the end. We have Stephen our producer to thank for that, the guy is so down to earth and understands development which from my previous experience is a hard thing to come by.’

‘I have learned so much I feel like I have forgotten more. The one thing I have learnt is to design everything before a single line of code gets written. We went ahead and carried on development after we passed a milestone, when we delivered it was not what the client wanted, so crunch time it was, 16 hours days became the norm, all the way through to 36 hour days and nights to make sure we got what they wanted done and we got it done fast. They trusted us to get something done so we made sure we delivered on it.’

‘It is actually awesome working with a Producer! He knows about development so it’s really good as he understands the hurdles you go through and little things that crop up. Not only that but when he found out we were working stupid hours he told us to stop and get rest he doesn’t want us getting ill. Now I have never had this before so that too me by surprise. He is so relaxed about stuff, you know when he wants something done by talking to him, Also the guy is like a mind reader he can just tell if you are thinking something or if something is up does it with Edd all the time haha.’

‘This is by far the biggest project I have even done, Financially, Professionally, and everything else in-between. When we put in our pitch I truly didn’t think we would get it, I mean we have the skills and experience we were not fazed by anything. But to go from freelancing to working with top tier people in games is a huge level up for all of us.’

‘It was easy to choose who to work with. I have worked with Domm for about 3 years, I knew he didn’t like his job and wanted to offer him something better so with us being mates it was a no brainer. I worked with Edd over the last year and his work ethic and attention to detail is insane! Not only that but a UI Artist, Designer, Web Developer, and musician all in one, is a no brainer.’

‘We have hit a fair share of problems while working on the game, infact I’m busy fixing one now. Essentially we wrote a system that would do what we needed it too at the time, but as the design changes we need to go back and change it to accommodate for the new changes.’

‘As for design, well let’s just say I now know what a designer does and I’m not into that! I help a lot with these things but it is so time consuming and you really need to break the idea down to will it work or not, do we think it is good or not, if not why if yes why. It’s all theoretical of course but the amount of work that goes into it I never even knew. So yeah respect to all game designers!’

‘Recommends for others, well with design just send a lot more to client and see what is said, have more meetings about things. One thing that the producer did say to us which we are still using right now is “Work Smarter”. If we need to know something and no one is say online or your waiting for a reply just do what you think until they are available. Do not leave it and go work on something else finish your task as best you can until you really cannot do any more on it then move on. Or if you are starting to get code block or your mind is fried take a break and go chill for a bit. A fresh mind is always better than a foggy one.’

‘What’s next? Well we need to finish this current deadline so we can move onto our server side stuff and social integrations.’