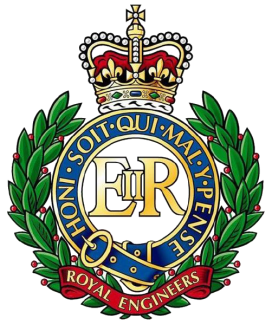 Former soldier and Train2Game student now focusing on a career in gaming, plans to use military experience as inspiration for making games

Train2Game student and former soldier, Daniel Smith (Smudge) has left the army to embark full time on his games making journey. He plans to use his unique insight into warfare to develop military strategy and RPG games.

The course is going very well for Dan. Train2Game has been very understanding, when he embarked on the course he was still serving. It was tough to balance getting through the course alongside the requirements of military training for the 28 year old.

Dan gained extensive experience and training in the army, he had many roles including; Sapper, Medic, Combat Engineer and Searcher. Dan served in Afghanistan 2011. Dan enjoyed the travel, camaraderie and the accomplishments during his time serving.

He’s since left the army to pursue life dreams as a games designer. He’s studying computer games design with Train2Game. He plans to use his army experience as inspiration for games.

Train2Game student, Daniel Smith: ‘I’m 28, from Newark (near Nottingham), although I have just moved to Preston. I’m studying the Computer Game Designers Course with Train2Game. It’s going well at the moment, but it was quite sporadic while I was in the Army. Sometimes I would be able to get into a good study pattern, other times there was a lot going on, from additional training, which can be long and intense, to exercises aboard and deployments. This meant I would have to spend a lot of effort catching up.’

‘I’ve just started Section 2 Part C. The experience has been very positive, they’ve been very understanding of my situation and have given me lots of support and advice. I’ve wanted to become a Game Designer for some time, before taking the course I had no idea what was required to become one, so taking the course to make sure I have all the skills and knowledge I need.’

‘I was a Sapper in the Royal Engineers, After completing Basic Training I was trained as a Combat Engineer, learning such skills as Water Supply, Field Fortifications and Demolitions. I then went on to being trained as an Electrician. I had many roles after I had finished my training, I was given the responsibility of looking after a store, and being trained as a Team Medic, I volunteered to be trained in EOD (Explosive Ordinance Disposal) and further trained as a Searcher.’

‘I have a lot of positive memories from the Army. I’ve visited many places, like Petra in Jordan and Bosnia. I’ve been parachuting, white water rafting and scuba diving. But my best memories have to be with the friends I made and the (now legendary) things we all got up to. I’ve also achieved a lot, even completing some of the training courses were huge accomplishments. I served in Afghanistan in 2011 as a Searcher, which involved clearing IEDs (Improvised Explosive Devices) routes and buildings.’

‘I’ve now left the military, Army life was starting to get in the way of where I wanted my life to go. I’ve always been interested in gaming. I prefer playing computer games over reading books or watching TV. I’m also an avid wargamer and have been since I was in my early teens. it seemed logical to start studying the subject.’

‘I have written a set of rules for a squad-sized tabletop game that draws from my army experience of firefights, being fast and chaotic events that can easily devolve into a confusing mess if not controlled well. I also have an idea for a war inspired game that involves the use of infantry tactics, as well having to manage what equipment you take with you on missions. I am a fan on RTS, TBS and RPGs games and would really enjoy creating games in there genres.’

‘I’ll predominantly draw from the fighting side of my time in the army for war-style games, but this sense of conflict and overcoming obstacles will translate to other genres, particularly RPGs. Soldiers also have a very unique sense of humour that will inevitably find its way into my games.’

‘I hope to work my way up to the position of Senior Designer and Lead Designer. I hope to create games that people will love to play and that will be looked on as classics.’