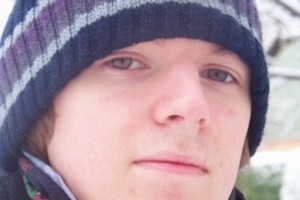 I’m Matt, one of the runner ups in Make Something Unreal Live 2012. Firstly, I can say for sure that you wouldn’t be reading this if it wasn’t for Train2Game. Breaking into the games industry takes a lot of hard work and determination, so I knew that my journey wouldn’t be easy. I signed up not long after T2G had launched their new Art and Animation course. Not long after, I signed up to a 48hr Game-jam headed by Train2Game in partnership with Epic Games. I had been interested in modding Unreal Tournament 3 for PS3, so getting a chance to go hands on with the Unreal Engine with industry experts, I couldn’t refuse. Fighting sleep aside, my team and I were one of the four winners moving onto the finals of Make Something Unreal Live, which took place at The Gadget Show Live 2012. Participating in the event was an amazing experience. Sadly my team didn’t win, but I didn’t let it end for me there. My team stuck together for a while, working on our own project, which unfortunately didn’t make it through concept. Not long after, I was contacted by one of the other runner up team, Derp Studios, for my help on their own project. I jumped at the chance, and that’s where I am now today, working hard doing what I’ve dreamed of since childhood, and I have Train2Game to thank for giving me the chance to succeed.