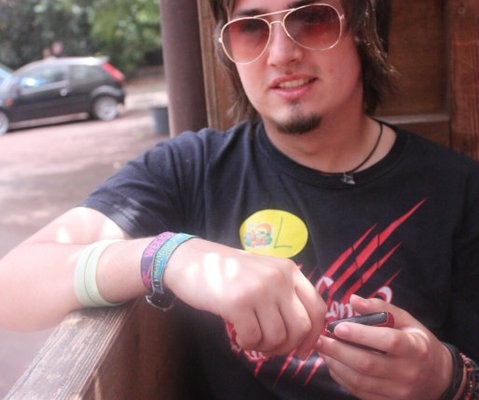 I became a T2G student in March last year studying QA and level design, and began applying my knowledge gained three months later in around June

Thanks to an advertisement posted on the T2G Facebook page at the time, I went into the offices of Roll7, a small game development studio in South East London to test what was then the Alpha version of PSVita exclusive OlliOlli. The results of which were later being used to adjust difficulty and pinpoint any bugs we found. Of course this meant I was just one of many people going in to give their take on the game, a few of which were fellow students I found out.

I received a call a few weeks later from Simon, Producer at Roll7 regarding my performance during the session test. He said he wondered whether I was interested in doing any more work for them and if so, could I join him for an interview. Definitely a great result. So I went down for an interview (two actually) to discuss their project, as well as my own current direction.

Two months later, I had joined the company on a part-time internship basis. As there was no official QA department or co-ordinator, I immediately assumed the role of Head of QA within the studio, and continued to work with them until final submission of OlliOlli which took place in mid-November

As sad as I was that the project was over and it was back to work as normal, I received a call from Tom, also a Producer at Roll 7 to discuss the future, and also mine within the company…

I am happy to say that they found my role and performance so beneficial to the project that they decided to keep me on as the Head of QA, and starting from April I shall be joining them full-time to work with them on their next 2 projects, a.k.a. as a paid member of staff

The work is both interesting and rewarding and although my knowledge gained from the course was small at the time of starting my placement, both the course and the posts made by the T2G admins have helped me start my career in the Gaming industry and I couldn’t be happier with it.