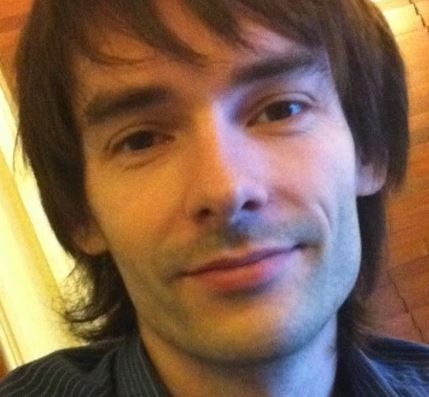 The forum favourite that operates under the username: Carwash. He’s helped many other students with their Train2Game related queries and assisted lots of people on their games creation journeys.

Not a lot of people actually know that Peter has been working in the games industry for years. He’s now working on his own projects and has recently released two titles under his independent label, Enigma 23.

“I probably started gaming on the Atari 2600 (“Light Sixer”), I’ve no idea at what age. I still remember getting the Atari 5200ST one Christmas, which came with around 25 games, Gauntlet; Bomb Jack; Space Harrier and so many more I enjoyed many, many … many hours playing – I wish I still had it.”

“I began working in the games industry for EA, in their QA department. Since then I’ve worked for SEGA, Microsoft, ChangYou (a fairly big Chinese MMO developer/ publisher) and some non-gaming companies. After 8 years in QA I got the chance to take some time off and do my own thing, teach myself a lot more of C# and Unity, and make some games – that’s what I’ve been doing since October 2014 with Enigma 23.”

“My hobby is my career, and my career is my hobby. I have now Developed two of my own games: Shh, Zombies and Minecart Runner. I didn’t expect to make anywhere near my money back on SZ, but I expected it to do better than it did – mainly because of friends and colleagues saying they’d buy it when it was released, most didn’t, but very thankful to those who did. Minecart Runner came out recently and has had 1,000 downloads so far, so I am very happy about that.”

“I signed up to Train2Game four years ago this month, and stopped studying two years ago when I started work on Shh, Zombies. I’ve moved over to v3 though, and just got an extension, so plan on spending the next 12 months to get the C&G qualification.”

Can you tell us what you learnt from the Development process?

- First, C# and Unity, I taught myself both of these so that I could make ‘Shh, Zombies’, and have improved both skills a lot since October.

- The art of searching how to implement a game mechanic and searching for solutions to compiler errors.

- Build iOS first, the review process can take anywhere between 7 and n days, with possibly a rejection at the end of it.

- Building multiple platforms at the same time is a pain, switching between them just isn’t efficient and gets you side tracked trying to make everything work on all platforms at all times … pick a lead platform.

- Even though I did it for a living … Test properly, and then test it again.

- Use some versioning software, or cloud storage at the very least. I broke a pretty major part of SZ, a part I hadn’t worked on for over 3 months (that part was “finished”), and couldn’t work out what I’d one or how to fix it. Thanks to dropbox I was just able to roll that script back to a version before I’d started I broke it.

- Put the expected non-game features into your game before release, not having them for release could hurt your launch window. Things like achievements, leaderboards and video recording.

- Always have somewhere to make notes, for when those ideas/ answers to problems suddenly appear. Evernote is a great note taking app available on mobile and desktop, or ye know, pen and paper.

- The best answers come in the middle of taking a shower.

And from releasing your first solo title?

- Don’t care about how it looks at the start, use placeholder assets.

- Get prototype up and running, with basic game mechanics then iterate on that and add more in one by one.

- Where possible, finish implementing one game mechanic before starting on the next.

- Go to game dev meetups, speak to people about your game, about their games, about game development.

What are your plans for the future?

Make more games! I started prototyping my third game, a top down racer, at the start of March. Minecart Runner has been more successful than I thought it would be, so I’ll be doing updates on that to try and keep the momentum going. Wolfwash are also wanting to kick back into full gear on AstroSim, so I’ll be doing design, and maybe a bit of development, for that.

I’m also starting to look for some freelance work, and/ or a full time Game Designer/ Unity Developer job.

Links to your work and Social media